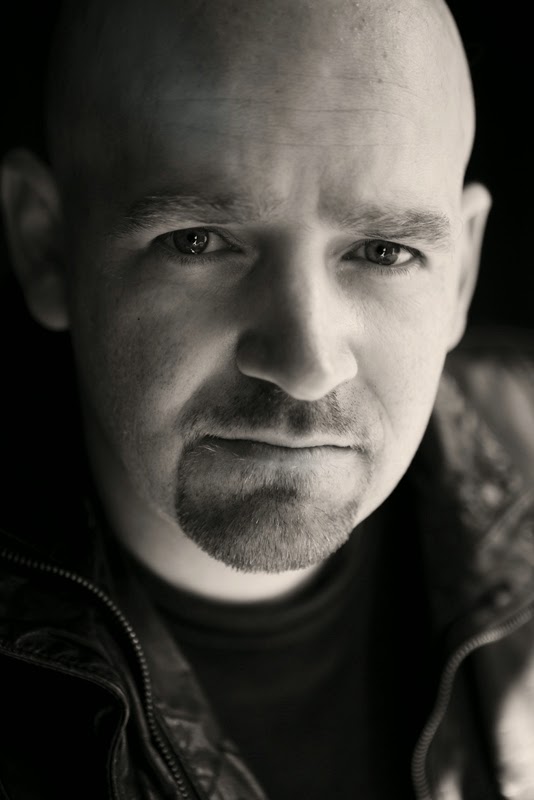 Sweat Hard, Feel the Burn, Win the Race Indie Writing and Publishing Conference brings to you the first in a series of interviews with our expert presenters who will help you cross that finish line. Today we're chatting with our keynote speaker international bestseller Michaelbrent Collings.

Q: What is your profession and how are you connected to the writing world.
A: I am a writer. That’s it. I used to be a moose wrangler, but the owners started complaining, saying things like “I don’t need my mooses wrangled!” and “Leave my meese* alone” and “You know the restraining order applies to both me AND my moose!” So I gave it up and focused on writing. Also, writing has the huge bonus of being pants-optional, which is almost as cool a job perk as having a spacesuit. If I am ever offered a job as a writing astronaut whose spacesuit has no pants . . . WOW!

But for now, I’m just a writer. I’m one of the top selling indie horror writers in the U.S., I sell pretty well in a number of other countries as well, and I also work in Hollyweird as a screenwriter from time to time.

But the moose... the moose will always have my heart.

* Little-known plural of “moose.” I know, because I just made it up.


Q: How did you get started?
A: I got started as a writer because of genetics and environment: my father was an English professor, as well as the head of the university Creative Writing Program, and both my parents love the written word. I was writing before I was playing with Transformers, and preferred telling stories to playing baseball. Granted, part of that was the simple fact that tree stumps play baseball better than I do, but still.

Eventually I realized I wanted not just to “be a writer” but to “get paid.” So I got a job as a lawyer. Because I didn’t want to be a 40-year-old guy inviting ladies over to my parents’ basement/my “man cave” and telling them “Any day, baby, I’m gonna make it big!” I wanted a family, and I wanted to pay the bills. So I didn’t bother failing at my dream job, I skipped right to my fallback job. And for ten years I worked during the day, played with my family during the evening and night... and then wrote from 10 or 11 at night until 2 in the morning. Finally I sold a screenplay, my books started selling, and I failed at my fallback job. Because I do everything bass-ackwards.

But I started writing full-time. And have been doing so ever since.

Q: What subject will you be teaching at the Indie Author Hub Writing and Publishing Conference?


A: I’ll be teaching about self-publishing, marketing, some writing techniques. Because I’m a well-rounded guy that way. Also, time allowing, I will share the secret to Ultimate Bliss.*

*There is an extra charge for this. Part of Ultimate Bliss is being able to give up your money. Trust me.


Q: What is your expertise for this subject?


A: When I started out, I tried to get into trad-pub. If you had rolled me in gold dust and walked me into their offices you STILL couldn’t have gotten them to pay attention to me. So I went it on my own. And it turned out fairly well. I’ve had books listed as #1 bestsellers on nearly every major genre list (sci-fi, horror, fantasy, thriller) on Amazon, as well as in the iBookstore, Kobo, and for Nook. I’ve outsold Stephen King, Dean Koontz, and John Green on some days. Mostly because I spread vicious rumors about them, but still....

Q: Why is this important for indie authors to know?
A: A lot of indie authors have “success” as a goal. Problem is, “success” doesn’t mean anything. It’s the end of the rainbow: it moves away as you move forward. Better to have concrete goals, and move toward achieving those specific things. The things I teach are nuts-and-bolts techniques for achieving RESULTS, not success.

Q: What is your top writing-related goal for 2015?


A: My top writing-related goal is probably to write better and sell more than 2014. That’s it.


Q: How will attending the conference help you to reach that goal? And/or why do you feel it’s beneficial for indie writers to attend conferences.
A: It’s INCREDIBLY important for authors to attend cons. A lot of us want to just live in our caves, type, and only come out for major holidays or to change out our catheters. But so much of what we want to do is facilitated by networking. We meet someone who knows a major reviewer who’s looking to read a book JUST LIKE OURS. Or we meet an editor who helps us improve our work. A cover artist. Or just a support group of people who understand what it’s like to live in this world. Getting out is more than just stepping into the sun once in a while to prove to the locals that you’re not a witch/vampire/fungus. It’s making friends, making contacts, and growing a network of people that will help you move forward and move up even as you do the same for them.

Q: What is something many people don’t know about you?
A: Hmmm.... A lot of people don’t know that I was recruited to be a spy right before starting college. And no, that’s not a joke. I thought it was really cool, and actively considered it. Until I realized that spies are people who lie for a living until they’re caught and slowly tortured to death. I politely declined the offer.

Q: What best advice do you have for beginning indie authors?
A: WRITE.

We hope to see you all at the IAH Writing and Publishing Conference in June!